Shin is one of the main male characters that Heroine can interact with. He is childhood friends with Heroine and Toma. He is voiced by Tetsuya Kakihara in Japanese and Houston Hayes in English.

Shin has black hair, messy, wavy which is tipped with a red brown color. He has purple and red eyes that seems to glow a bit in the dark, and wears black and red buckled collar. His outfit usually consists of red and black color combinations and patterns. He wears long pants, his right leg with a red leggings and left coated with black leggings. He wears a mid- chest short black jacket with a tan hood. His clothes also include a dinner waiter with an apron and a draw. All equipment represent your route hearts in the game and all consist of the main colors, red and black. He wears a leather jacket a red shirt and tie and buckle that is red and black. His chest is shown and on the right side of the chest, he has a black piercing .

Shin is a 18 year old that has a cool façade and can act cold and distant towards others as a result of being judged due to his father's arrest, he also does not allow emotions to show on his face easily. However, he does warm up and become more open when he becomes closer to a person.

Shin's symbolic journey in the game is the "heart"

It is stated in a flashback of Heroine that Shin has killed a man. It is later revealed in episode four (4) that her memory was wrong. In reality, it was Shin's father who killed a man who was in a drunken rage, on accident, which caused Shin to become an outcast, and made it difficult for him to make friends. Even though he was an outcast, Heroine chose to stay by Shin's side, because she cares for him very much, Toma also stays Shin's friend throughout his struggles along with the Heroine. Shin is deeply in love with Heroine, and has been with her for three months. They fell in love, and he said he would protect her forever.

- He likes sweet tamagoyaki and melon soda, but dislikes celery.

- He hopes to become a prosecutor in the future. 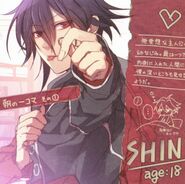 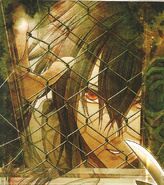 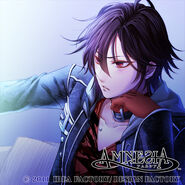 Shin as he appears in the anime.

Shin and the Heroine